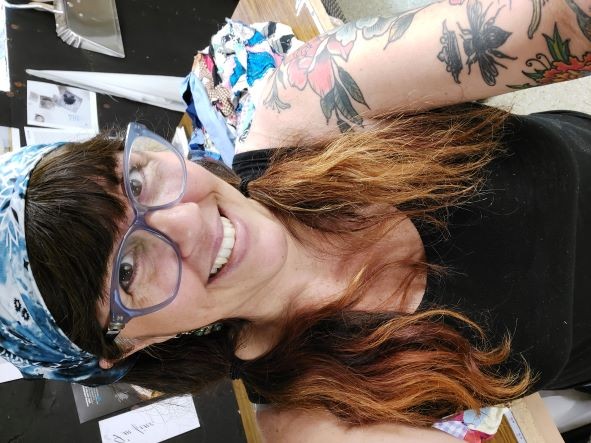 Sheila Swartz was born and raised in eastern Pennsylvania, in the Philadelphia area. She earned her MFA degree from Indiana University of Pennsylvania in 2019, where she studied Sculpture. Sheila’s artistic practice investigates female narratives, with a unapologetic focus on freedom from co-dependency and an honoring of voice . Her work includes mixed media sculptures primarily consisting of textiles and deconstructed found objects. Sheila's artwork has been exhibited regionally and nationally. She was a 2018 Alloy Pittsburgh artist, has received a Juror’s Choice Award at the 2017 Three Rivers Juried Art Exhibition. She was also a 2019-2020 Distillery Artist in Residency at the Brew House Association. Sheila joyfully resides and works in Pittsburgh, PA.